Alex J. Ness, Welwaze Co-Founder and Executive Chairman, presented the company’s platform and its focus on breast cancer prevention and saving lives, to an audience of more than 300 entrepreneurs, investors, tech experts, and qualified judges in the fast-paced and transformative blockchain industry.

Alex started his delivery by engaging the audience with an overwhelming countdown of how many women are diagnosed with breast cancer globally – 1,700,000 – and its impact on people’s lives, driving the audience to learn about the company’s first product and its platform – The Welbitz Ecosystem.

“Welwaze Medical is preparing to disrupt the breast cancer market based on an integrated system that includes a medical device, an app, and AI on a blockchain powered platform,” said Alex.

Cesar Castro, Co-Founder of Fluid Chains, a blockchain accelerator that worked with Welwaze developing the Welbitz platform said, “We are happy to see Welbitz is gaining recognition as one of the best utilizations of blockchain technology in the healthcare space.”

A representative judge from ITEXPO complimented all participants on interesting ideas and confirmed that the judges’ decision was in agreement with the popular vote, announcing Welwaze Medical as the winner of the IDEA SHOWCASE award.

“We are deeply grateful to ITEXPO for granting us the awards, giving us a tremendous opportunity to showcase Welwaze Medical to such a competent and enthusiastic audience, especially in what matters most to us.” said Matias Campiani, Co-Founder of Welwaze Medical. “Saving lives is and will always be our driving force.” 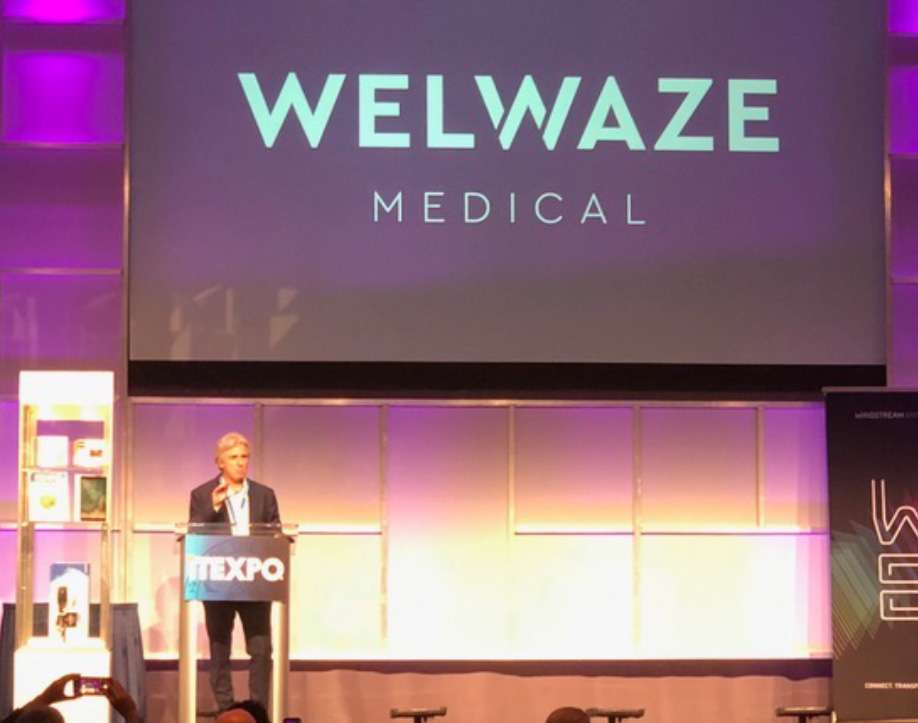 Welwaze Medical mission is to develop tools to empower people to manage their health and improve the way they live. The company is a startup founded in 2016 comprised of innovative healthcare devices and an AI platform. The company’s first product is an FDA-approved medical device to be launched in 2019.